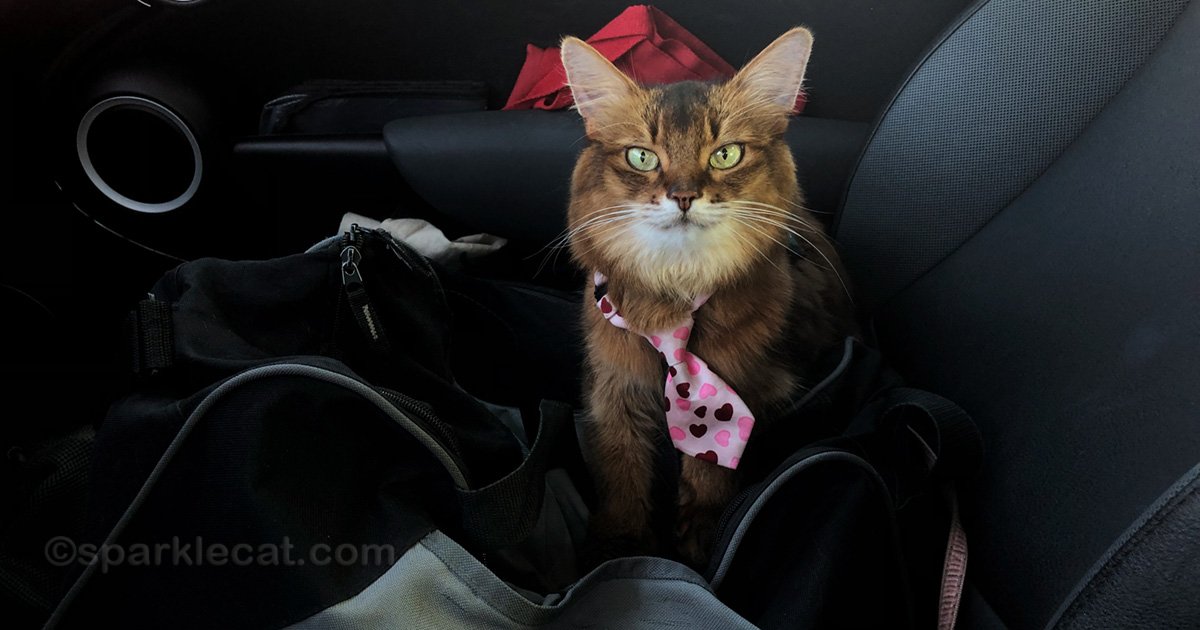 Today wasn’t a busy day at the big hospital where I do therapy cat visits. So I had time to stop by all the places where we are currently allowed to see patients, even though I was all by myself.

There were just a couple of kids that were available to visit in Pediatrics. The first one was a young boy who immediately made room for me on his bed. I hung out and even gave him a high five. My other patient there was a very young toddler, whose mother said he liked cats. Since he was in a crib, my human sat me on a table pushed up next to it. I really wanted to crawl into the crib but my human said no. I did enjoy the visit, though!

We stopped by the Cancer Center waiting room, but couldn’t see the two patients being treated. One was allergic, and the other one was asleep. So we headed up to labor and delivery. They didn’t have any patients either! But the nurses were really happy to see me — and vice versa. I love that they make such a big deal out of me. We also stopped by a waiting room and I visited with some nice people there.

Finally we stopped by Rehab and I saw a couple of adult patients. I was much quieter with them, since they were totally bedridden. The first man had on a really elaborate neck and head brace, and the second man couldn’t move much either. So I just curled up with them and spent time with them. Sometimes that’s the best thing to do.

My human and I did one fun thing before our visit since we got there earlier than expected. While we were still in the car, she shot a quick video of me, using the green Citizen App Good Vibes button. She said a few words about me being a therapy cat about to do a hospital visit and I did a high five at the end. 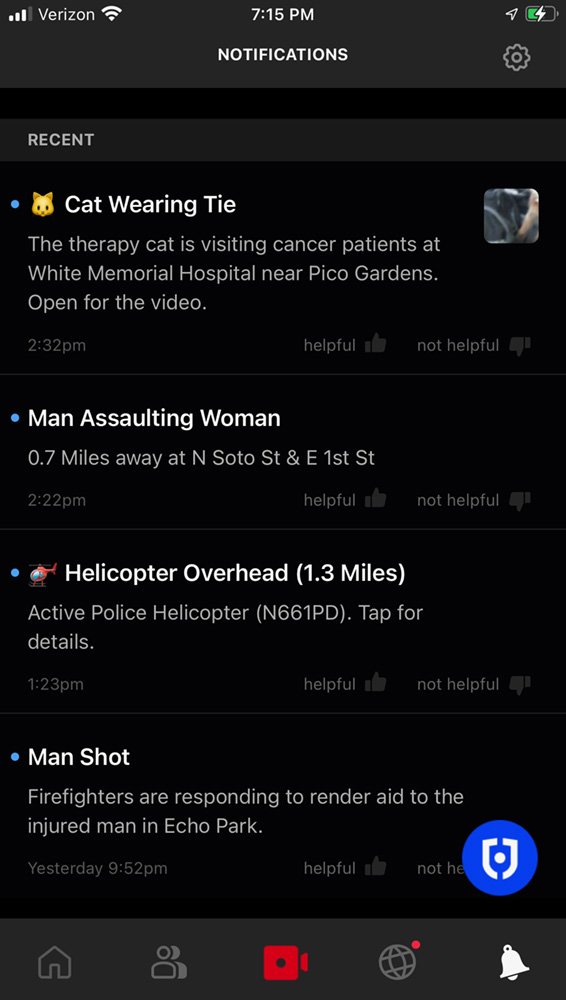 I guess one of the Citizen App humans titled it! It was definitely not my human’s work. 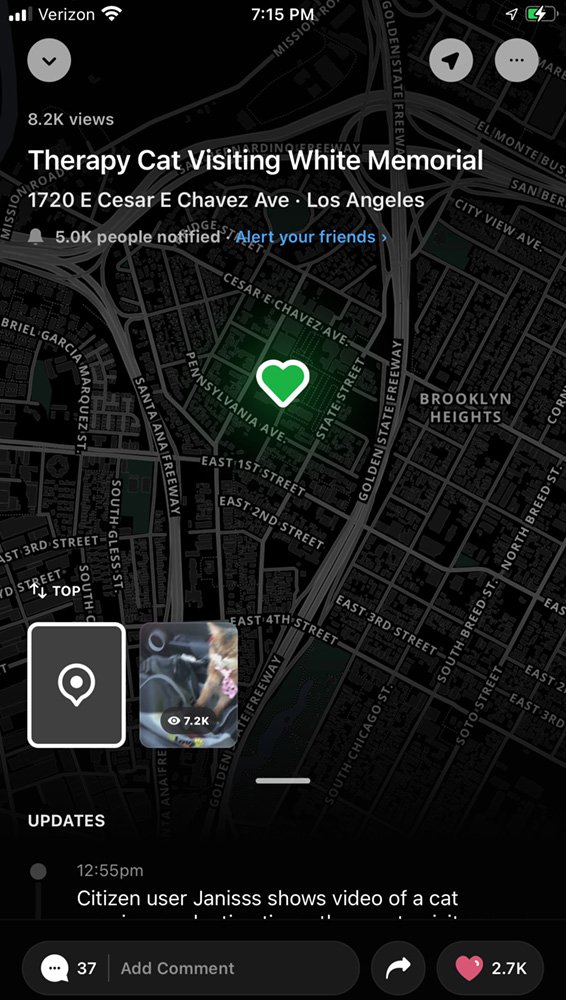 As you can see, it got thousands of views and likes! 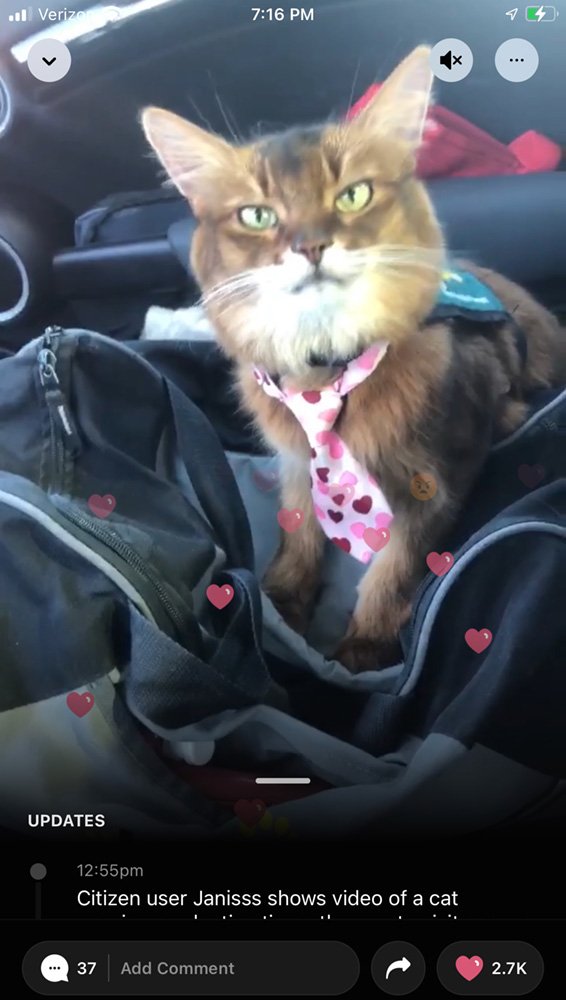 You can even see some of the hearts floating up in the screen capture from the video. So that was a fun few moments of Citizen App fame. 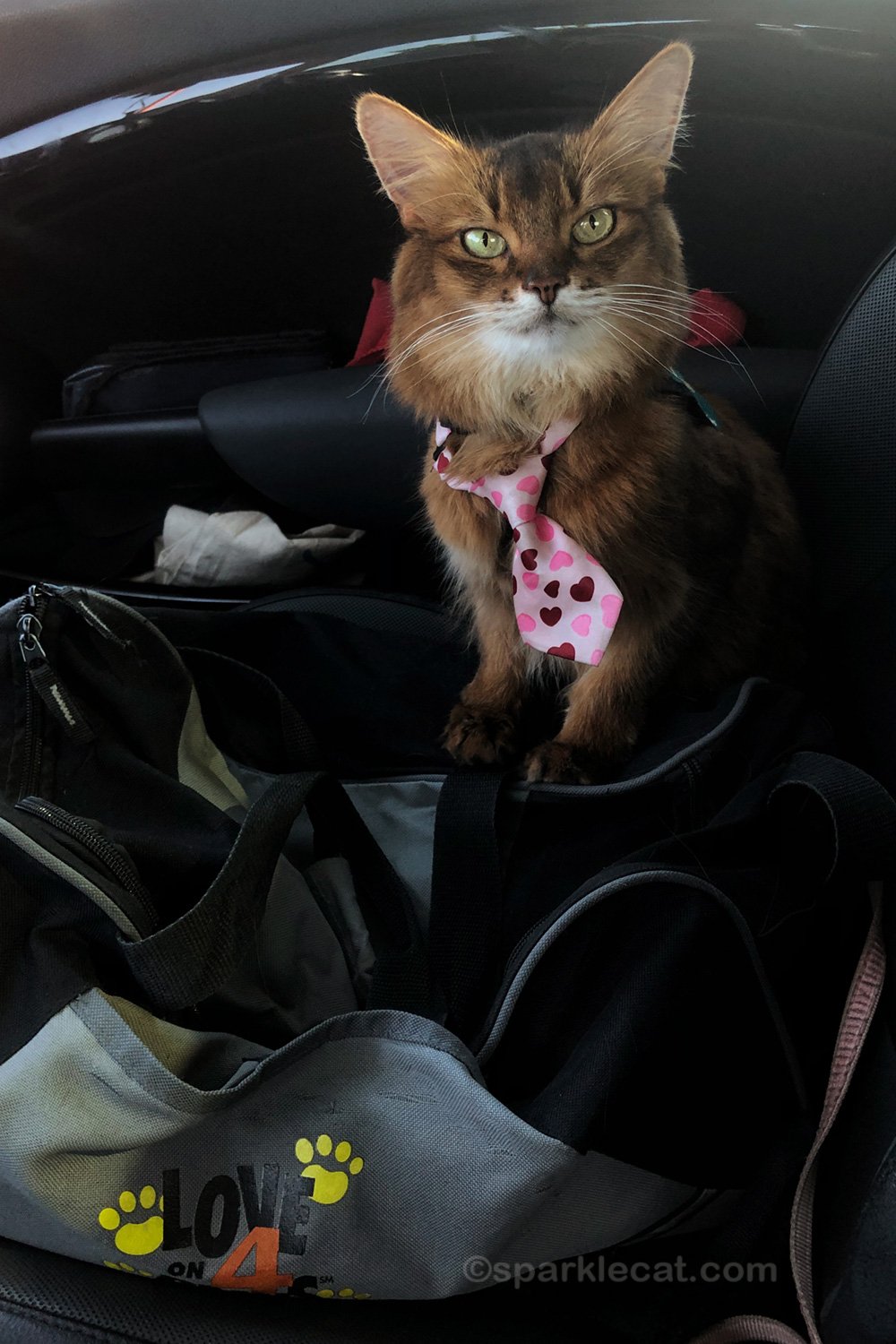 Why Your Cat Goes Crazy During Daylight Savings Time