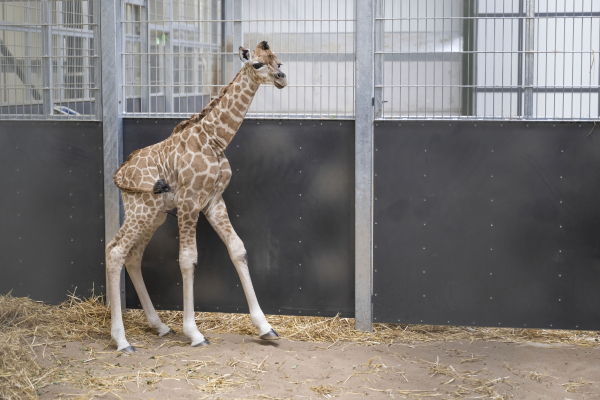 After a gestation period of around 15 months, keepers have been eagerly awaiting the birth, but as the calf was born at night, the event was captured on CCTV.

After reviewing the CCTV and watching the live cameras from the giraffe house, keepers were concerned that the calf was having trouble standing to feed, so had to take the decision to step in and give the calf a helping hand.

Lisa Watkins, Head Keeper of Ungulates, said, “The wildlife team are extremely pleased at the safe arrival of a beautiful male giraffe calf born on Tuesday 13 September. It is even more exciting that he is the first calf born in our brand-new giraffe house, that was only completed in April this year. 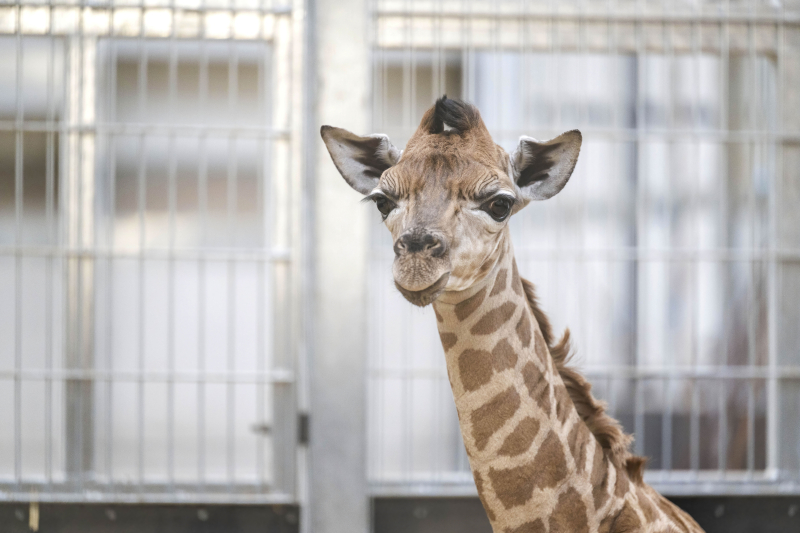 “After a rocky start where there were concerns over him being able to stand, the team worked tirelessly throughout the day and overnight to support both the new calf and his mother. Thankfully the hard work and effort paid off and both are now thriving, so we hope to be able to show him off to guests very soon.” 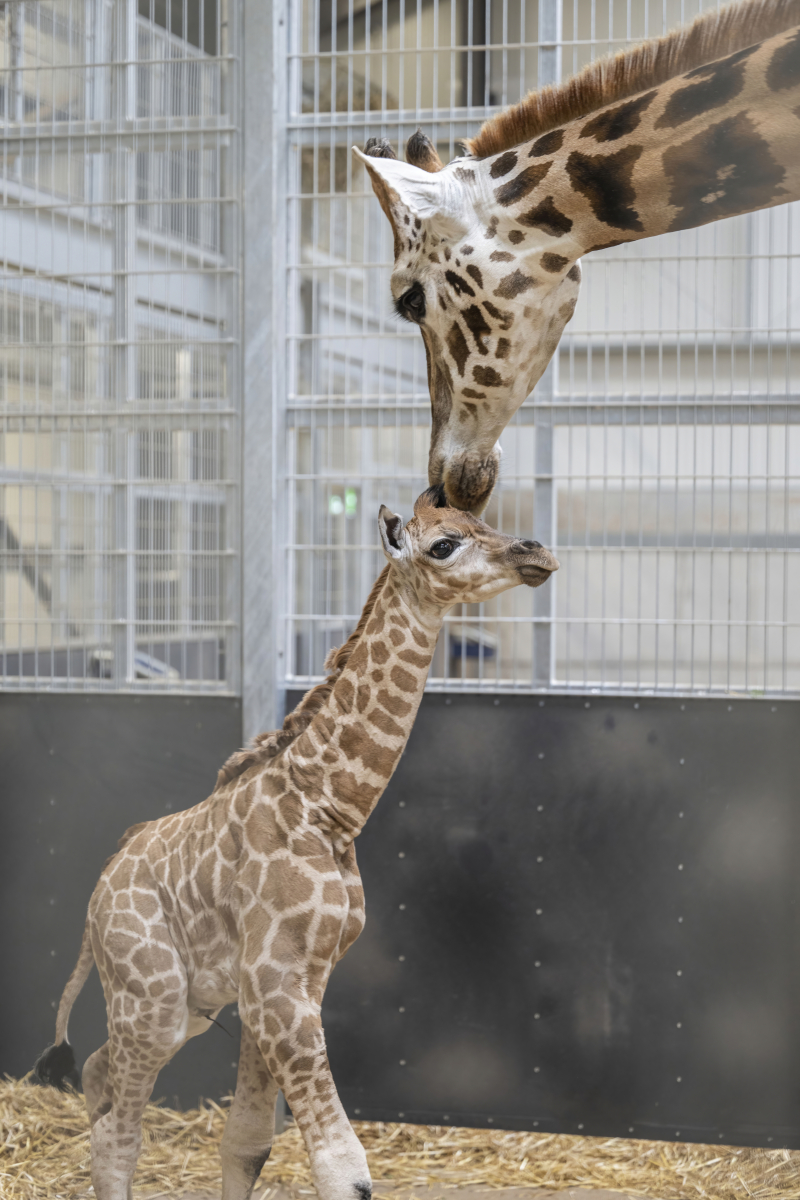 She continued, “Giraffe are classified as ‘endangered’ in the wild, so any successful births are more important than ever. We know he will become an ambassador for his wild counterparts, inspiring action and raising awareness of the issues they face in the wild.” 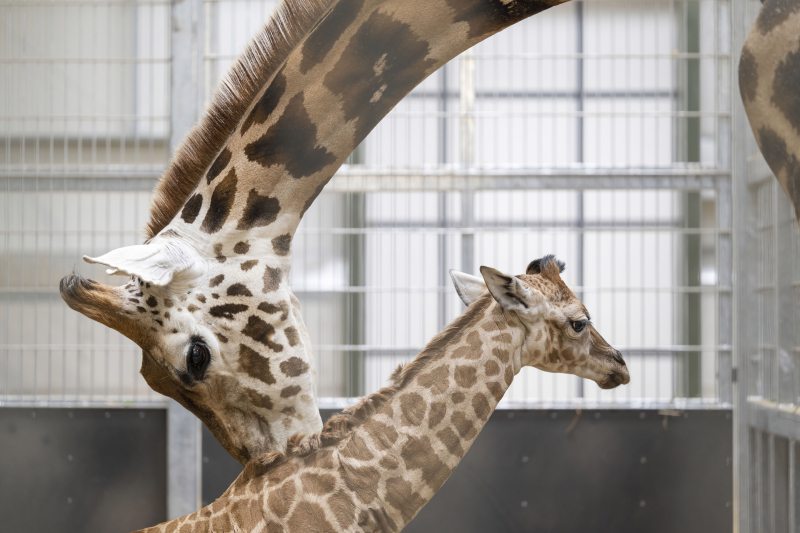 Rothschild’s giraffe numbers remain low, mainly due to loss of habitat from deforestation and land being converted for agriculture. They are also at risk of poaching, for their meat and skin.

The giraffes at the Safari Park are part of a European breeding programme, which aims to conserve endangered species, so any birth is fantastic news for the longevity of this majestic species. 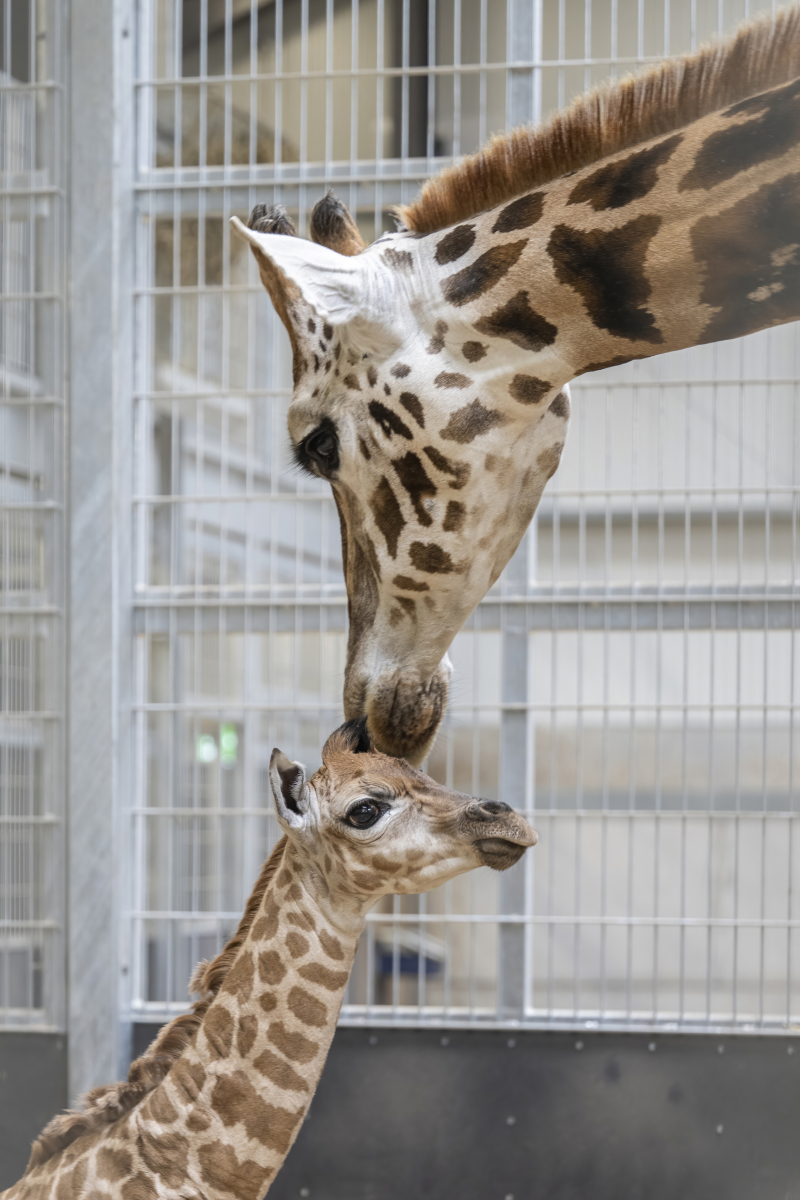 Although the new-born is yet to be named, keepers will choose a name beginning with ‘K’, as all babies born at the Park in 2022 will have names that begin with this letter.

It’s hoped that once keepers are happy the baby boy has built up enough strength, he will take his first steps out into the giraffe yard this week, where guests may be able to see a glimpse of him from the safari drive-through. 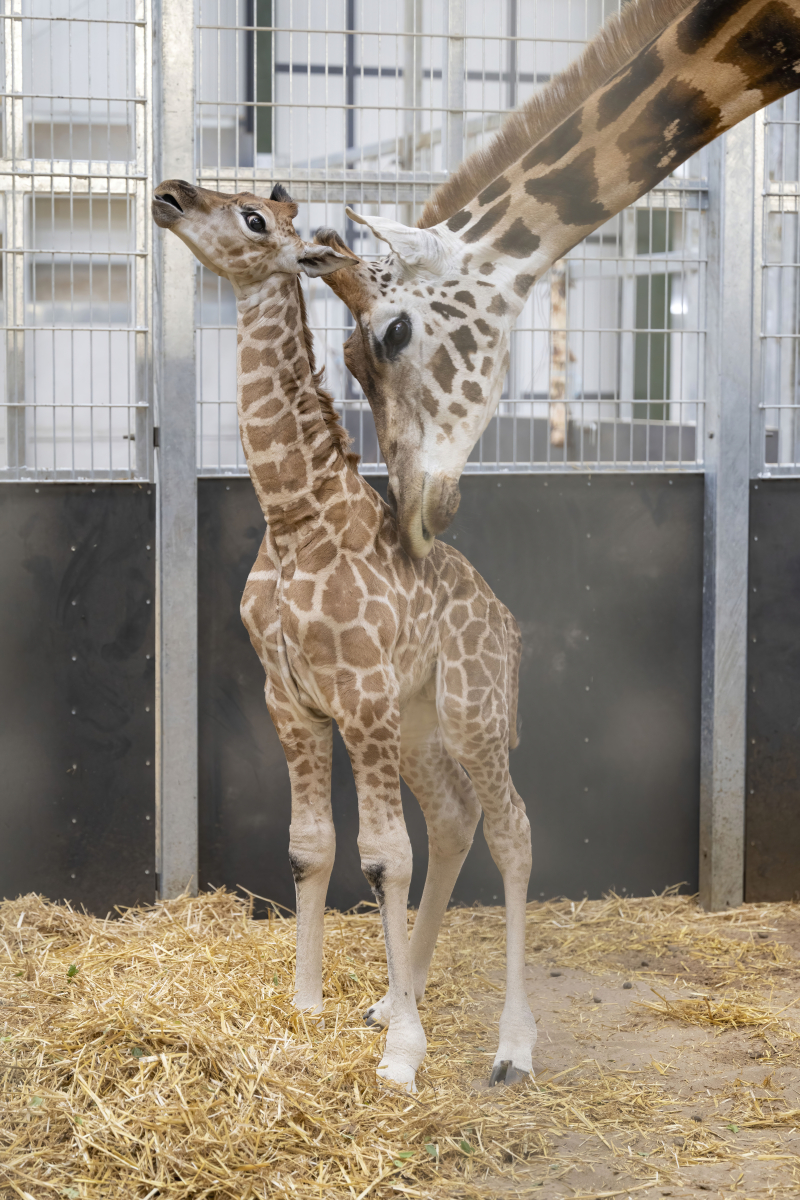 He will then be slowly introduced to the rest of the herd, including his dad and half-sister Emali, who will keep a close eye on him as he’s then let out onto the safari.

The ‘tower’ of giraffes at the Park now stands at nine and they can be seen on the four-mile safari, included in the standard admission charge of £25.00 for adults and children aged 3-15 and £22.00 for concessions. Children under the age of three are free. Adventure Theme Park rides are charged extra. 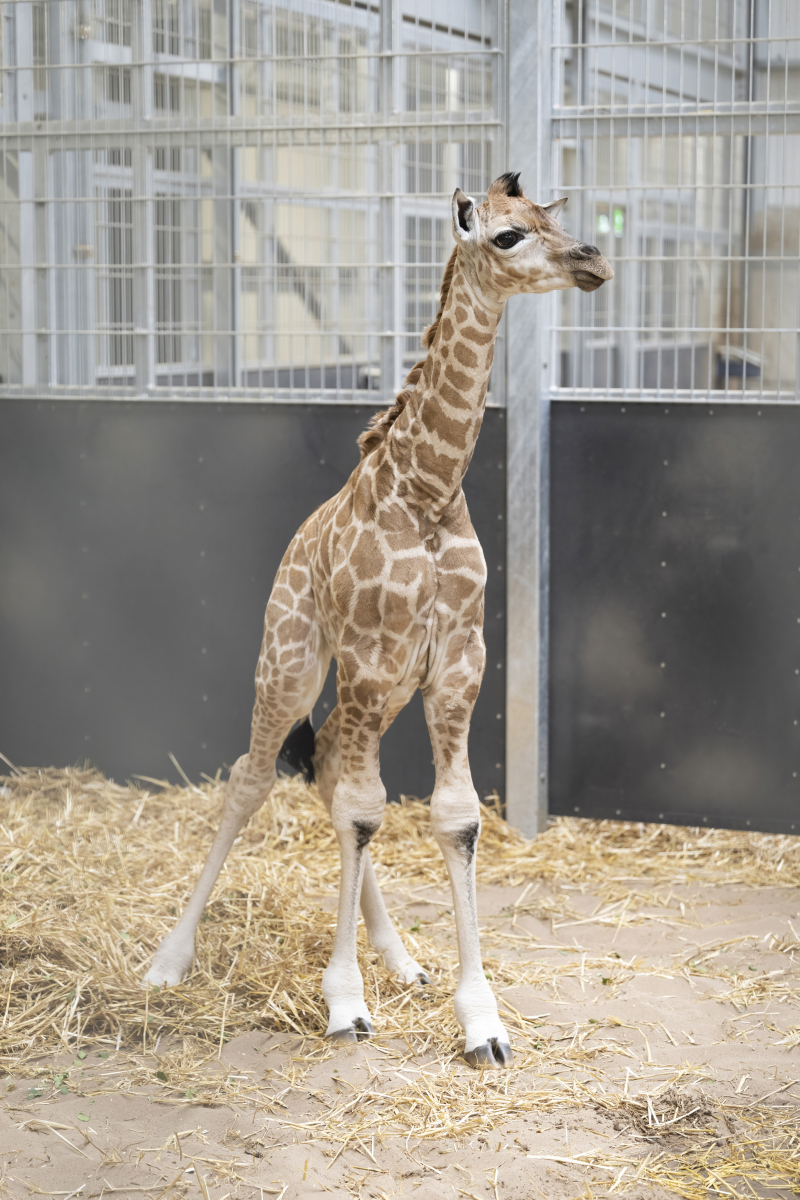 Admission includes a Free Return Code to visit again on selected dates, within six months, only when booking online in advance, without a Tesco voucher.

The Park also offers overnight stays with fantastic views of the giraffes from their Giraffe Lodges – www.safari-lodges.co.uk 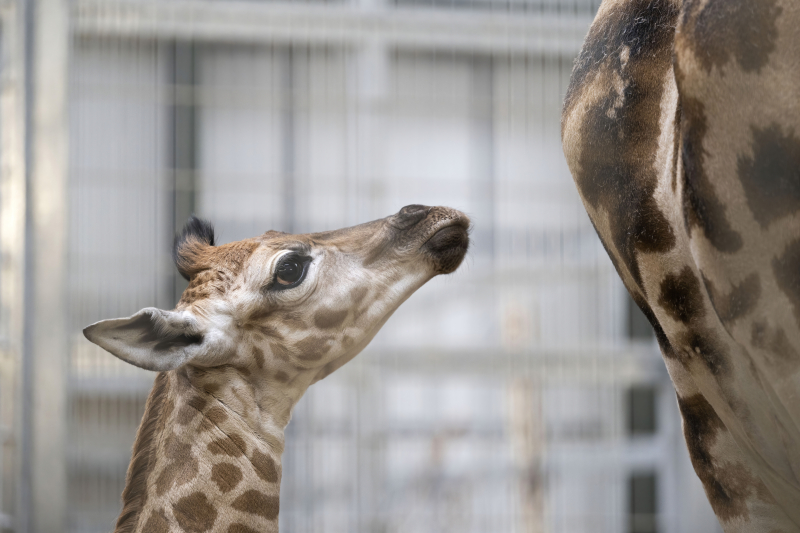 www.wmsp.co.uk or by telephone 01299 402114. Find out more on the Safari Park’s official Facebook page: www.facebook.com/WestMidSafari. 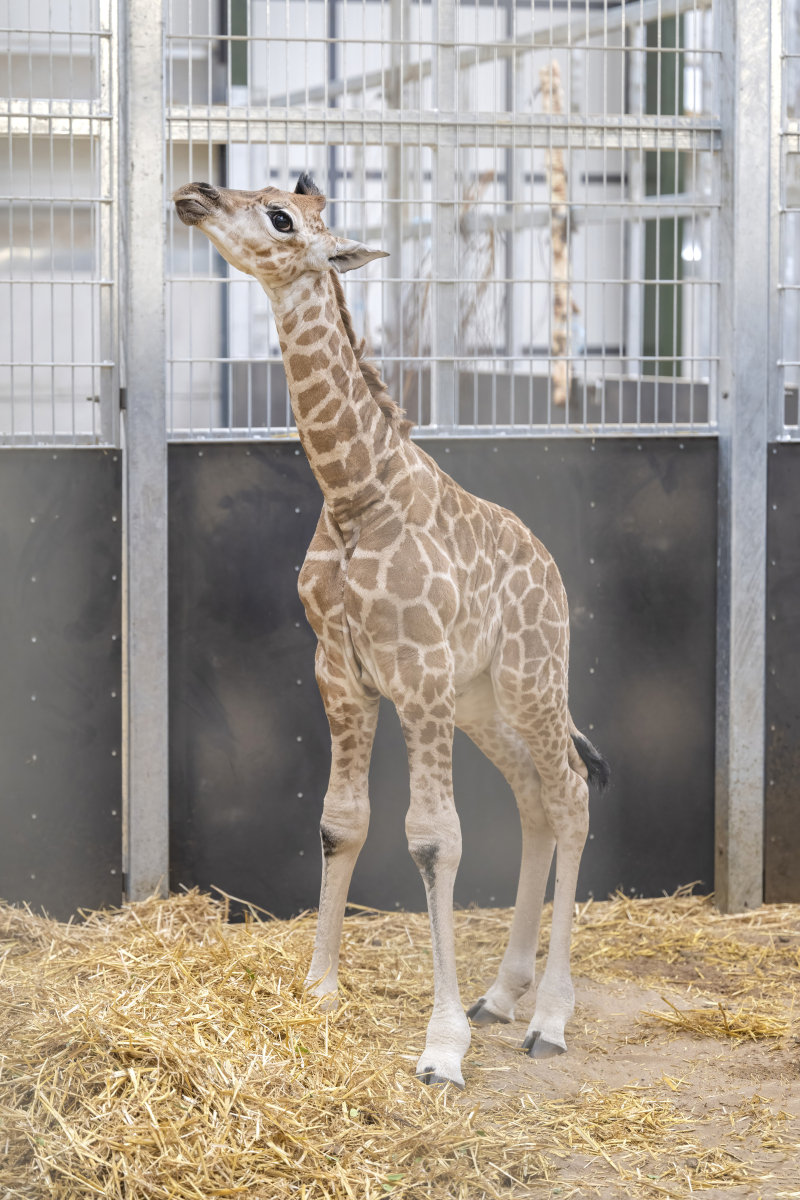 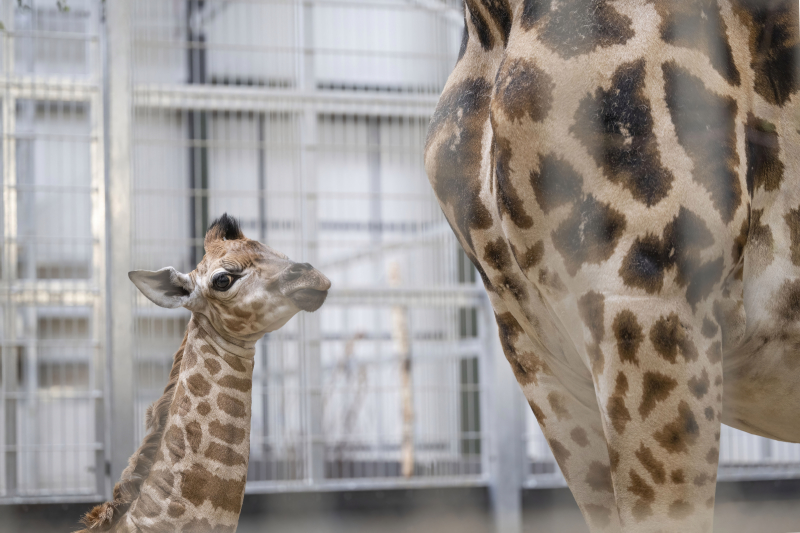