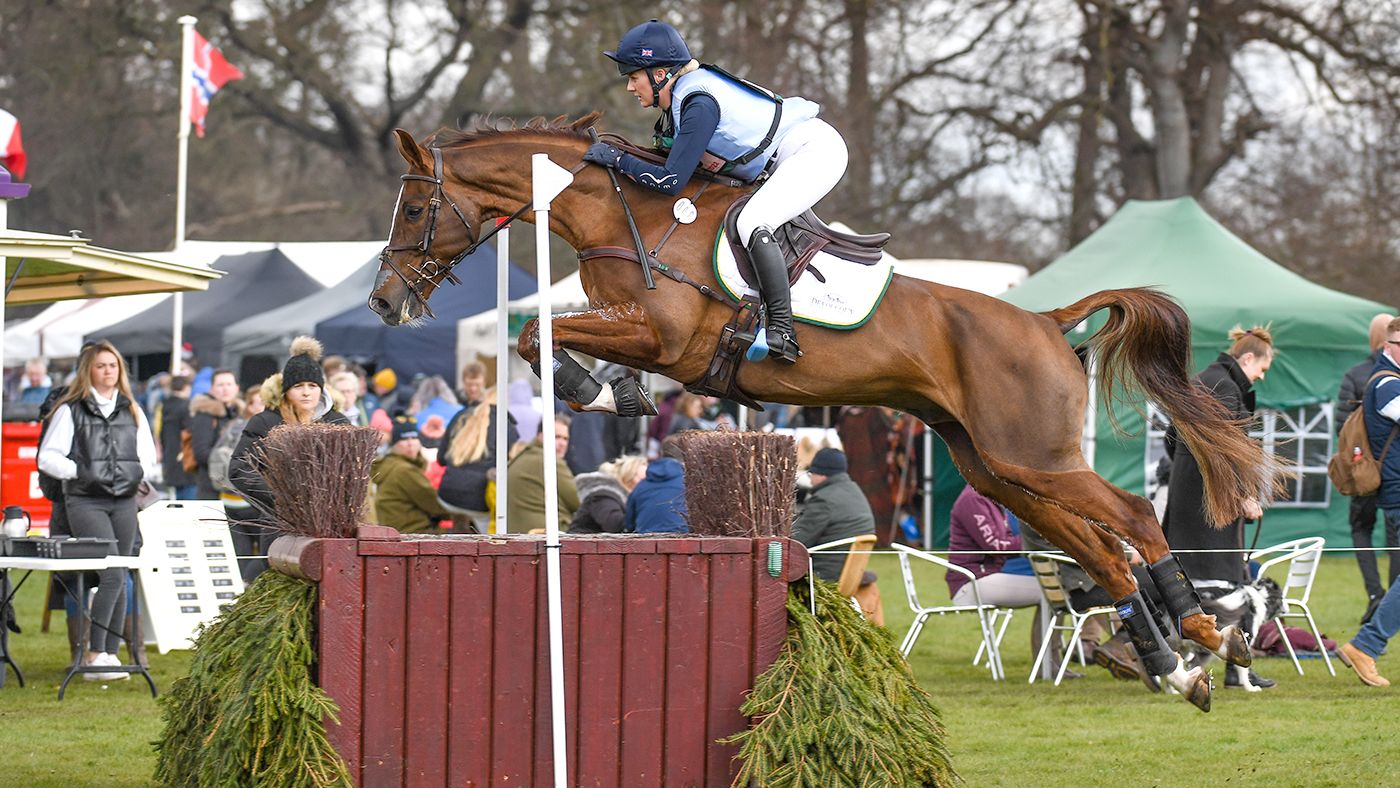 Riding the super-talented Banzai Du Loir, they made the Giuseppe della Chiesa-designed track look like a walk in the park, clocking up just 1.2 time-faults to finish on a score of 23.2.

“It was hard work out there and very intense – I think it was the terrain more than anything – you’re constantly on the camber,” explained Yasmin of her round. “But as I’ve said from the beginning, I’m just so glad that I’m sat on Banzai – he really took it all in stride and just felt like he was really at home up in the hills.”

Yasmin, who is riding as an individual on her British senior squad debut, said that she stuck to plan A most of the way round the eventing World Championships cross-country course, bar one fence.

“We landed quite steeply going into the last water, so we didn’t land quite as far out as I would have liked, so we went on five strides instead of the four to the final corner fence there. So I think if I’d maybe been a bit quicker though there, we might have been inside the time, but I’m delighted with him. He was incredible. The whole way around he grew in confidence and was looking for the flags.”

This result means that Yasmin will be no lower than third individually going into tomorrow’s showjumping phase.

“Honestly, I could never have even dreamed of being in this position. I know the horse is more than capable and I think so much of him and he deserves it so much,” said Yasmin. “He’s just such an incredible all-round horse and, touch wood, tomorrow he will show everyone that he really is the ultimate event horse.”

Keep up with all of the breaking news, behind the scenes insight and the best of the action throughout the World Eventing Championships with no limit on how much you can read from as little as £1 per week with a Horse & Hound unlimited website subscription. Sign up now. Plus enjoy our full 20-page magazine report (on sale 22 September) including opinion from Mark Phillips and ground jury president Christina Klingspor.