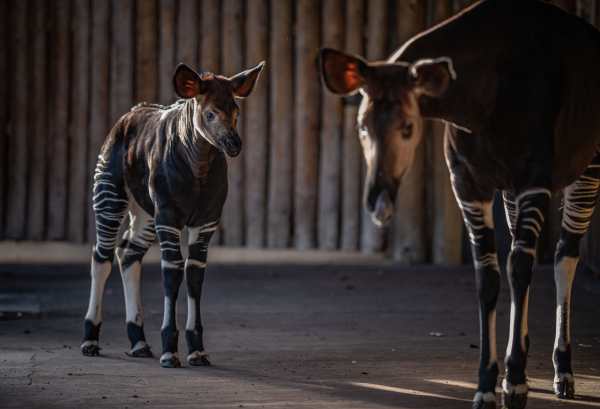 A rare okapi has given birth to an “incredibly special” calf at Chester Zoo.

The wide-eyed infant, born to first-time mum Ada and dad Stomp, has remained snuggled up in her nest ever since her arrival into the world. But now, the shy youngster has started to take her very first tentative steps outside as she begins to gain in confidence. 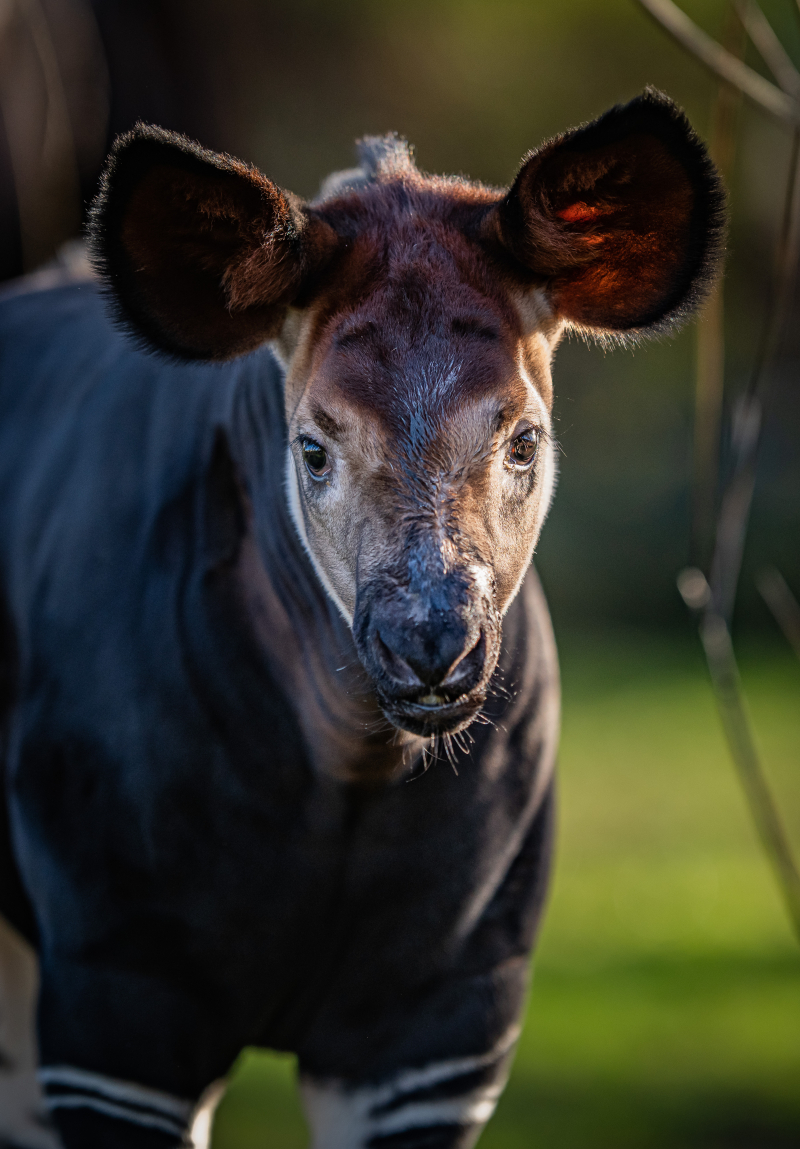 Conservationists have named the female calf “Kora” in homage to a small village inside the Okapi Wildlife Reserve, located in The Democratic Republic of Congo (DRC) – the only place on Earth where the animals can be found in the wild. 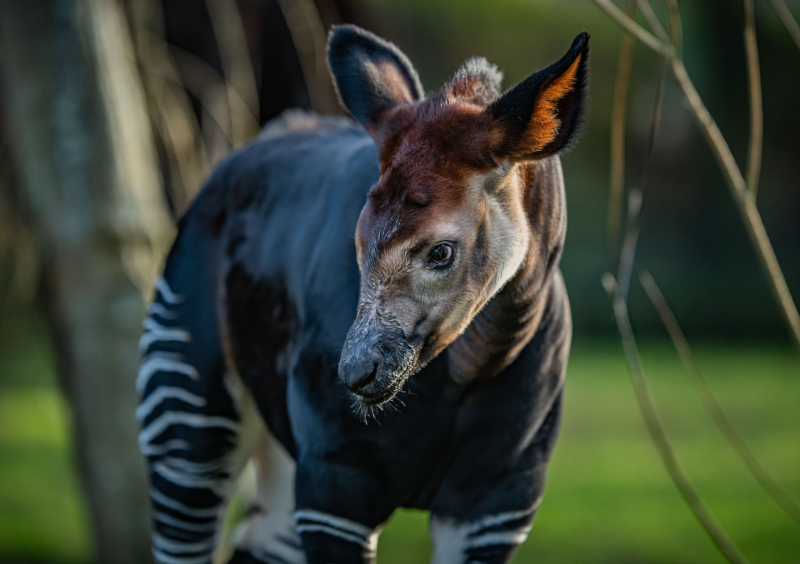 The okapi was only discovered around 120 years ago, in 1901, and for that reason the species has been nicknamed the ‘African unicorn’ as a result of its elusive nature.

“Kora is an incredibly special calf and, for the first two months of life, she’s been snuggled up quietly bonding with mum – all the while building up the courage to step outside for the very first time.

“Okapi calves use the stripy markings on the hind legs of their parents to follow them through deep forest habitat, and that’s exactly where you’ll see Kora – sticking closely to her mum’s side until she finds her feet. The pair have bonded brilliantly and are inseparable.

“This is the first calf to be born to mum Ada as part of an endangered species breeding programme and she’s doing a wonderful job of caring for her new baby. She regularly feeds her, cleans her and even gives her gentle nudges of encouragement, it’s a real joy to watch.”

The okapi is the national animal for the DRC and is protected under Congolese law. However, threats such as habitat loss, hunting for their meat and previous civil unrest in the country has resulted in 50% of its population being wiped out in the last 25 years.

It’s estimated that around 10,000 okapi remain in the wild and the world’s authority on the status of the natural world, The International Union for the Conservation of Nature (IUCN), has classified the species as endangered.

Mike Jordan, Animal and Plant Director at the zoo, added:

“With only 14 okapis in zoos across the UK, and five of those being here at Chester, the arrival of Kora is a huge cause for celebration for this magnificent species. The okapi is one of the animal kingdom’s most mysterious creatures, and it has sadly undergone a huge decline over the last few decades, with numbers of reported sightings becoming less common. Its last remaining stronghold in the eastern DRC is an area of regular conflict and civil unrest – making conservation projects in the field extremely challenging.

“There’s now an increasing amount of pressure on modern zoos, like ours, to help boost numbers in conservation breeding programmes and care for a safety-net population to ensure its continued survival.”

Conservationists at Chester Zoo contributed to a 10-year-long IUCN conservation action plan for the okapi and, for many years, the zoo has also supported and funded the Okapi Conservation Foundation Project based in the Ituri Forest in the DRC.

This half term at Chester Zoo visitors can learn all about the okapi in its exciting new campaign, Discover Something New, which aims to throw a spotlight on unusual and lesser known species, like the okapi. For more, visit: https://www.chesterzoo.org/discover-something-new/