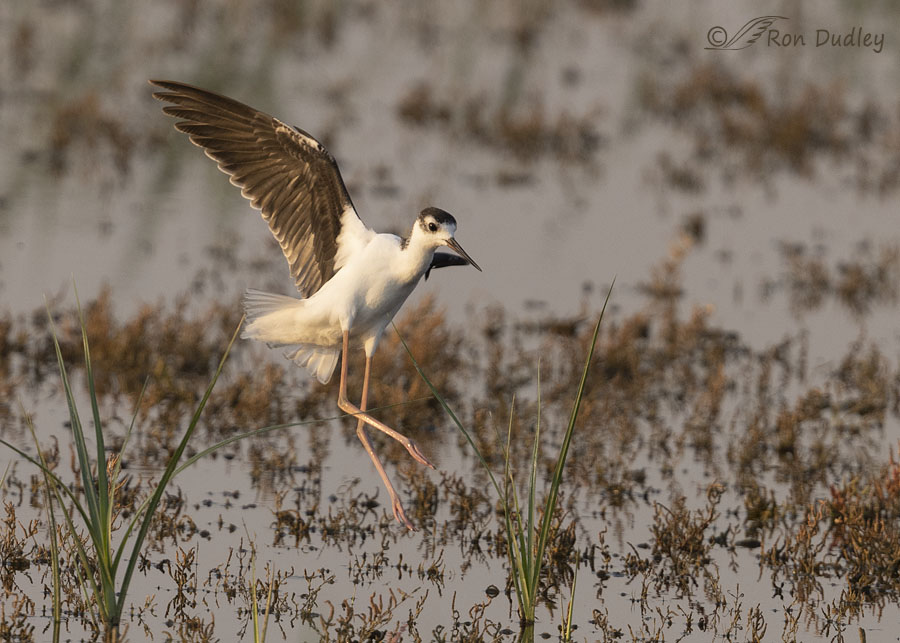 Two days ago at Bear River MBR I thought I had no chance in hell to lock onto this Black-necked Stilt as “she” was flying in to land in the shallow water. I figured she was coming in way too fast and erratically and the cluttered background was too close to her for my focus point to lock on to her and keep her locked. But readers know that I’m a fan of Wayne Gretzky‘s philosophy – “You miss 100% of the shots you don’t take” – so I instinctively tried anyway.

I was thoroughly amazed when I got six consecutive sharp shots of her just before she landed. I like all six of them but this one might be my favorite. I really like her landing posture, I caught her positioned perfectly between the two green emergent plants in the foreground and my exposure on her whites and blacks worked out well in the soft (smoky) morning light.

Truth be told, the Canon R5 deserves more of the credit for getting that many sharp shots of her in flight than the photographer does.

The background is unattractive but I think the bird trumps the background, in part because she looks so delicate, dainty and graceful in the soft light.