More
Home BIRDS Let Me Help You Out of That 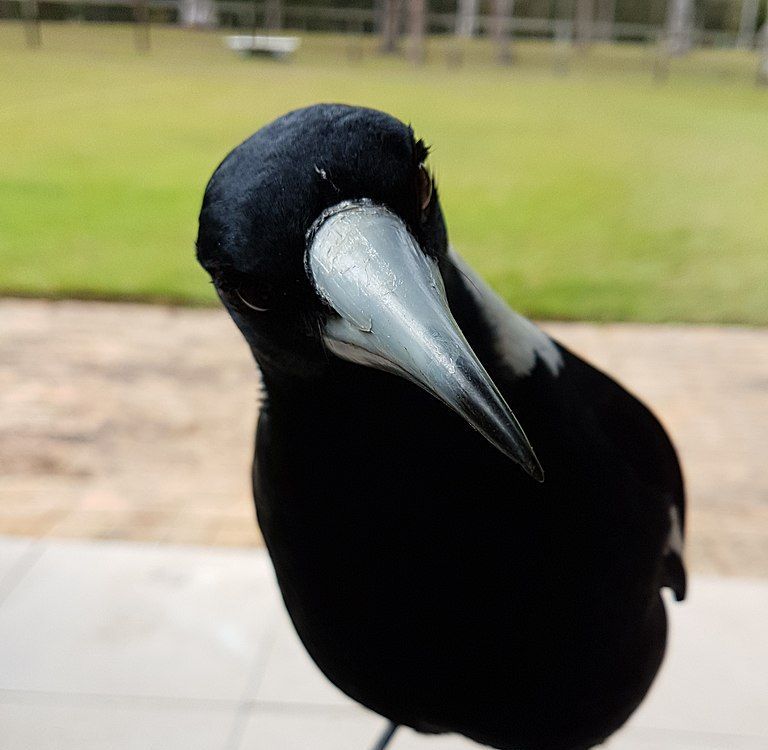 Sometimes an experiment doesn’t work as planned but the results are far better than expected.

Researchers wanted to track Australian magpies (Gymnorhina tibicen), a very social species that lives in groups of 2-12 individuals on permanent territories. Rather than use the typical long-lasting harness that requires recapturing the bird to collect the datapack, they designed a harness that would release when exposed to a magnet placed at a feeding station. Would the new harness design work? The first step was to try it on a few magpies and see.

Researchers led by Joel Crampton captured five magpies at Pacific Paradise, Queensland, banded them and fitted each one with a GPS harness. Then they followed the birds to see the harness release at the feeding station.

Each banded bird tried to remove the harness but it was too well designed for that to work. Instead the unexpected occurred. Unbanded magpies immediately came to the rescue.

On the day of trapping, one individual was observed attempting to remove its own tracker but was then approached and aided by another juvenile (without a tracker or coloured leg-band) once again pecking the harness part of the tracker. The tracker remained but, within the next 10 minutes, an adult female (also without a tracker or leg-band) proceeded to approach and successfully pecked the harness at various points such that the tracker came off the fitted juvenile within c. 10 minutes. This first Magpie that had been tagged had its GPS device removed within 1 h.

This happened over and over again until none of the banded birds had trackers. Here’s a video of the magpies helping each other.

This finding was unexpected but far better than the original experiment. It was the first time anyone had seen rescue behaviour among Australian magpies. Future studies will know how to plan.

To our knowledge, this is the first study to report the conspecific removal of GPS trackers, and should be considered when planning future tracking studies especially on highly social species.

“Here,” said the magpies to each other. “Let me help you out of that.”

p.s. A tip of the hat to Michelle Kienholz for pointing out this study.