More
Home BIRDS No. 18: Birds and the Buzzer Beater Twitch 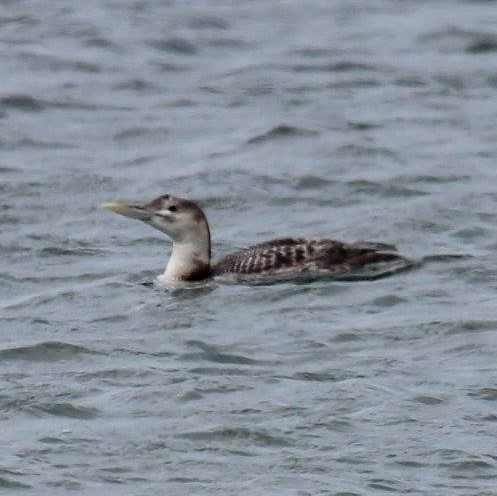 We like the slam dunk twitch, as discussed in the most recent iteration of Birds and…: when you try to find a new bird and are met with almost immediate success. As always, I loved hearing everyone’s stories about their best ever slam dunk twitches.

But on the other end of the spectrum, we have another thrilling phenomenon: the buzzer beater twitch. How does it happen that no matter what your window is—whether you set aside four precious hours or four full days—to find your goal bird, so many birders have one or more great stories of getting their bird right at the buzzer?

I’ve been lucky enough to have a few buzzer beaters, but one of my favorites has got to be from one of the East Coast’s most legendary birding destinations: Race Point Beach on Cape Cod. I’ve actually been to Race Point twice, but this second trip was my first in winter.

The backstory is that I was presenting at an academic conference in Hartford, Connecticut, which was already an eight-hour drive away from home, during my spring break. Somehow, I became aware of a wintering Yellow-billed Loon off Race Point, so I checked to see how far it was. Only four more hours! Practically nothing, despite being in the opposite direction, using birder-brain arithmetic.

After presenting at the conference, I opted… not to attend any other panels, and Adi and I headed east to the great New England peninsula: cold, windswept, and filled with birds. After the drive, we arrived with a few hours of daylight left, and so headed down the uncompromising beach, laden with our scope, bins, camera, and other gear.

I had the sense that it might be a bit grueling, but… it was a true test of endurance and birder resolve, birderiness if you will. That beach, especially in winter, is tough. The wind blows hard, and whether that wind is pushing against you or from behind you or from the side, it makes forward progress hard. Like any beach, trudging through the sand while hauling all your gear is exhausting, and the necessary stop-and-go nature of checking offshore alcids and nearby groups of gulls doesn’t make things go any quicker.

But Race Point Beach is filled with wondrous forms of life. We came upon a seal sleeping in the sand, saw several whales just offshore, and had nice glimpses of great East Coast birds. 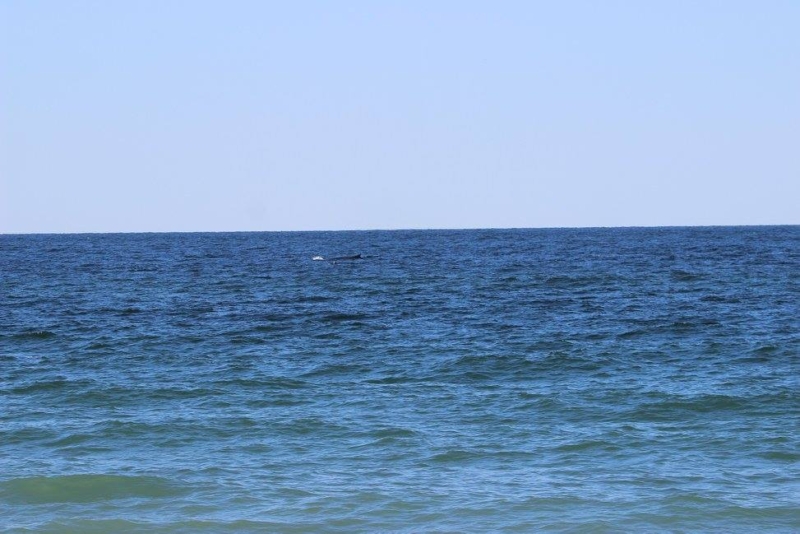 One of several whales I saw off Race Point Beach. Something in Balaenoptera from what I understand? Perhaps a fin whale? 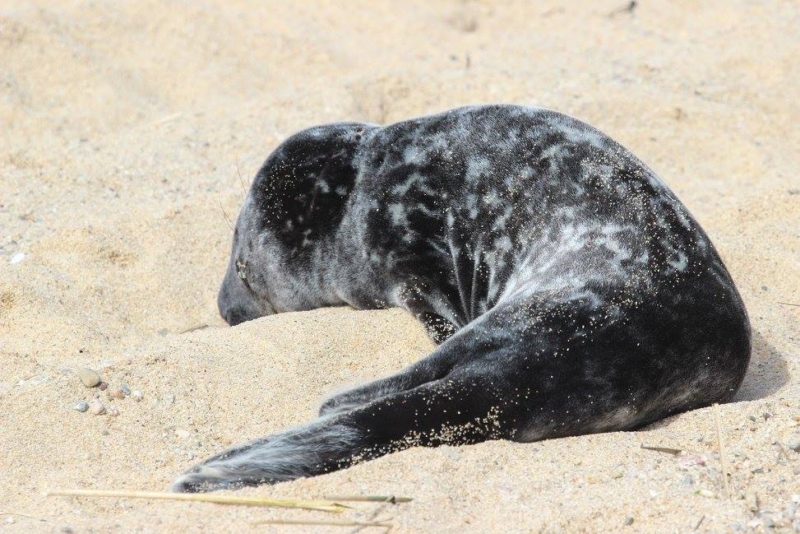 I at first thought this was a harbor seal, but from what I understand it is a pup gray seal. At any rate, it was cozily snoozing on the beach while we walked past–I’d never come across a sleeping seal before and enjoyed the encounter. 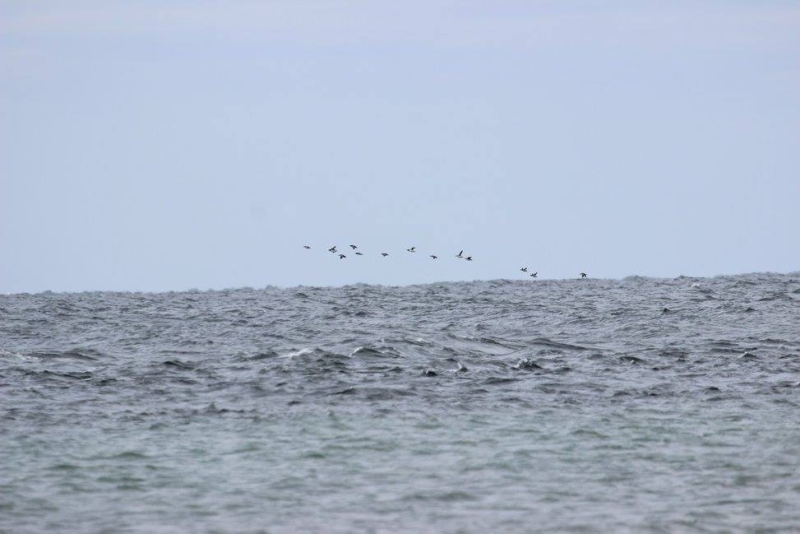 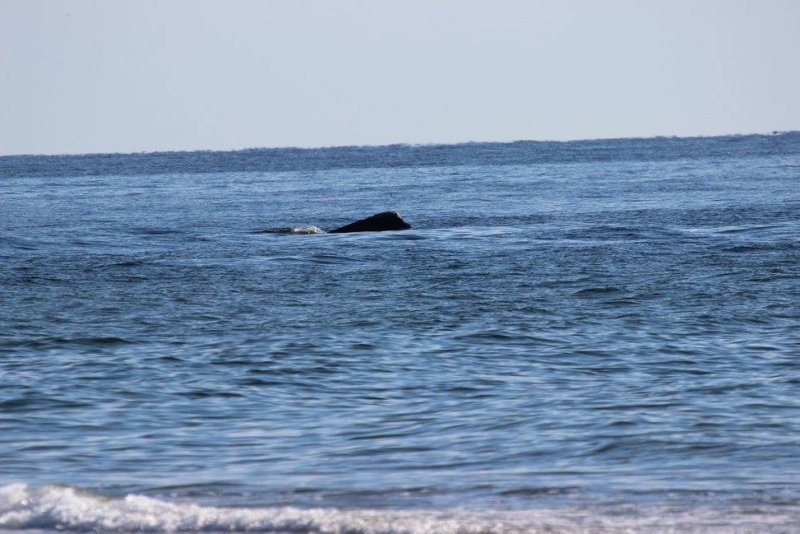 This is, supposedly, a North Atlantic right whale, an endangered species: another one of our cetacean sightings from Race Point Beach.

The Yellow-billed Loon, of course, was reported to hang out almost at the very end of the walkable section of the beach. You couldn’t just drive up and park—it was necessary to park and hike quite a ways to get the bird. We made it to the end, checked every single offshore loon on the way there—probably twice—and hiked back with glowing sunset behind us. 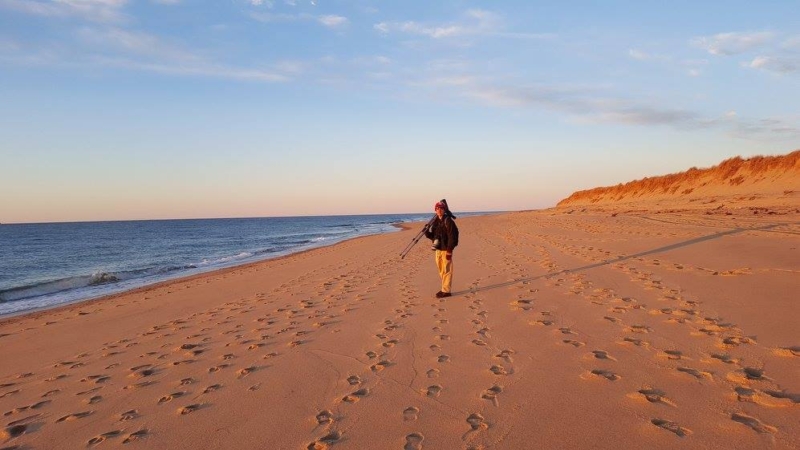 A photo Adi took of me on Race Point Beach. Although the trek is tough, there was clearly no shortage of intrepid birders and other beach-lovers who were willing to make it. 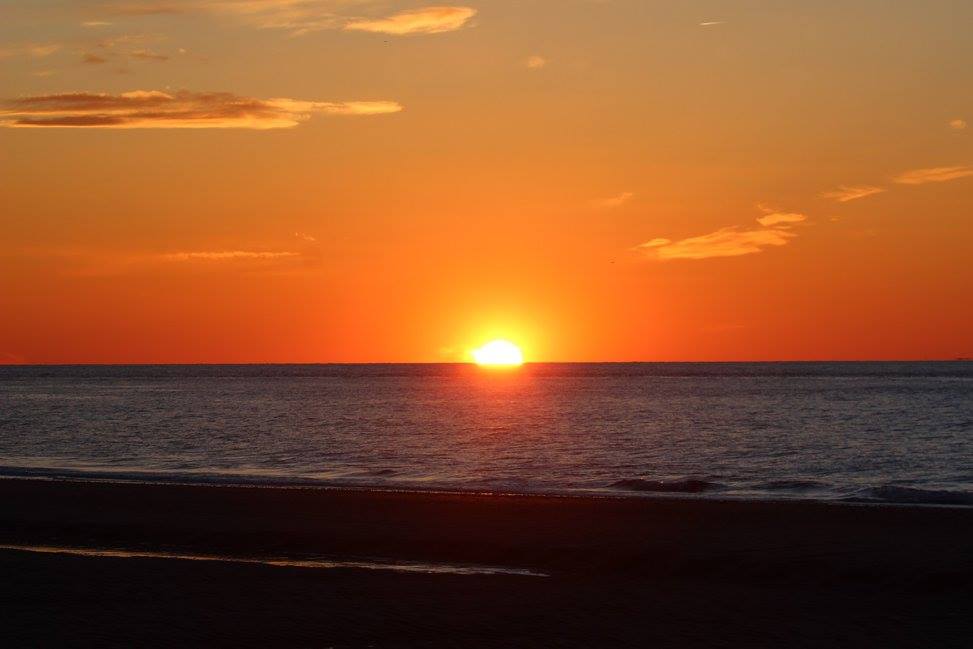 The sun setting on our chances for Yellow-billed Loon. Not a bad backdrop for failure though…

We had seen many beautiful things, but no Yellow-billed Loon. We found a place to eat and stay for the night, and before collapsing from exhaustion, did some cold, hard calculus about whether we had the time and energy reserves to try again the next day before commencing the 12-hour drive back home.

Obviously there was time and energy: we were talking about a Yellow-billed Loon here! We again hiked the beautiful beach, and right near the end found a couple birders looking out to sea, their binoculars trained on one glorious Yellow-billed Loon, without doubt one of my most exciting lifers. Amazingly, one of them had been stationed in Alaska for part of his career in the military, and he told us about how Yellow-billed Loon had at that time in his life been a yard bird for him.

They left soon after, having handed off the torch of keeping an eye on this superb bird to us, and we got our pictures and savored our views. When we were ready to leave, we made a mark in the sand to help the next set of birders making the trek, since no one had yet arrived for us to pass the torch to. 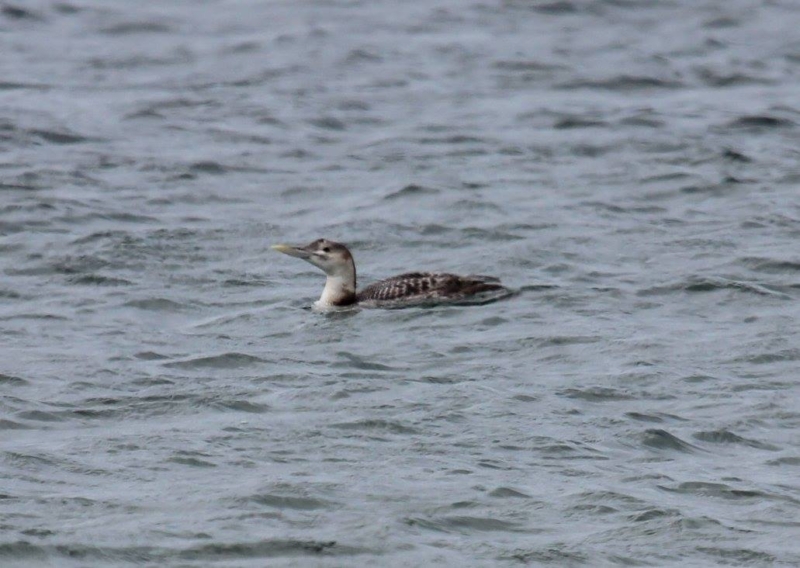 The beast itself! The marvelous Yellow-billed Loon, the only one I’ve ever seen. 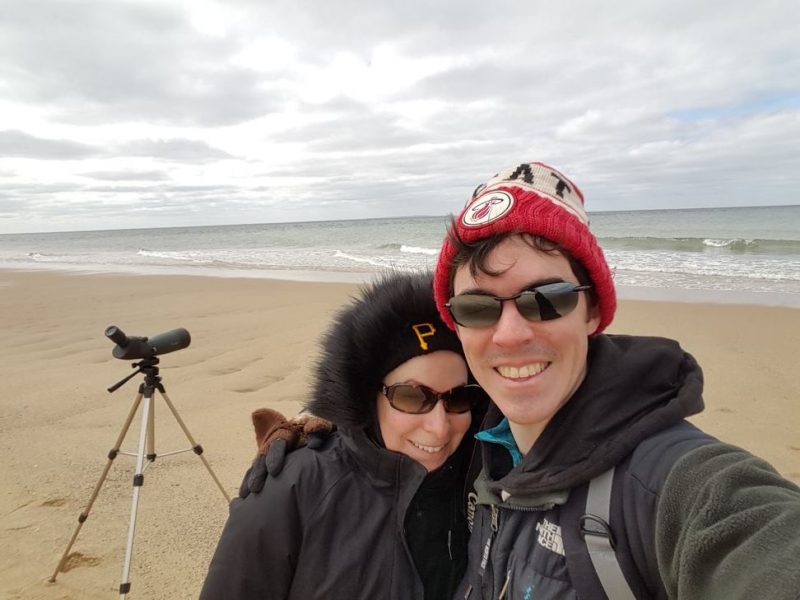 A shivering selfie was of course in order. 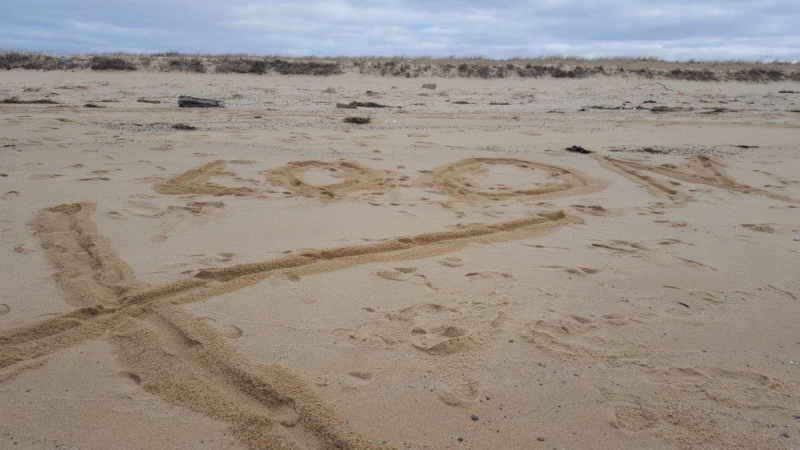 You can’t say goodbye to a great bird other birders are likely to try for without leaving some helpful clue for the next birders coming down the path: X marks the spot.

When we got back to the car and completed the latest set of math equations, we realized we really had spent too much time and needed to hustle home to make our commitments. I don’t even remember what those commitments were—everything turned out fine of course—but what I do remember is our two fierce slogs down the great Race Point Beach and our last-minute Yellow-billed Loon success.

The Yellow-billed Loon is my best ever buzzer beater twitch. What’s yours?