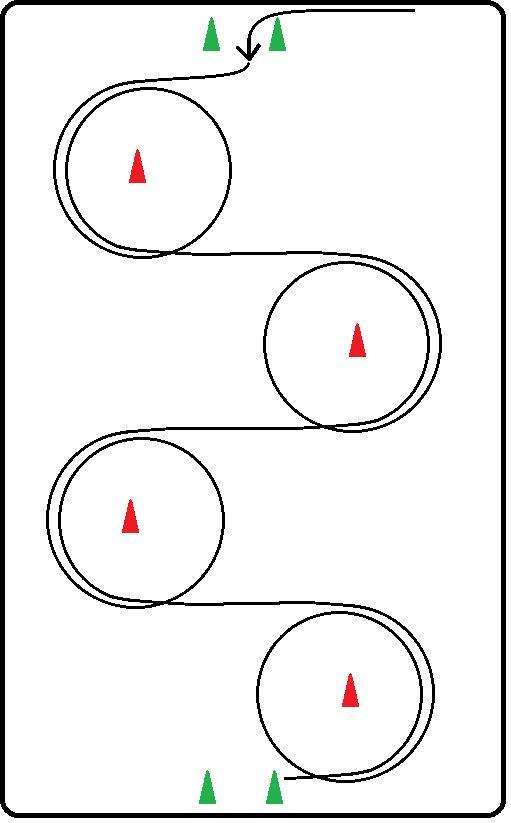 This week’s pattern is designed for a therapeutic riding program, and easily can be adapted to rider and horse skill levels.

This pattern and explanation originally appeared in December 2017 on Lessons in TR.

This pattern is great for riders who are working on lateral balance, maintaining their posture, and initiating the turn by using their eyes and seat. The set up lends itself to a natural progression. For this pattern, you’ll need four to eight cones (an even number!).

Place four cones in a zig zag pattern down the arena (you can use more if you want), with two pairs of cones at A and C to designate turning onto the centerline.

1) A small narrow zigzag from cone to cone, staying inside the cones. 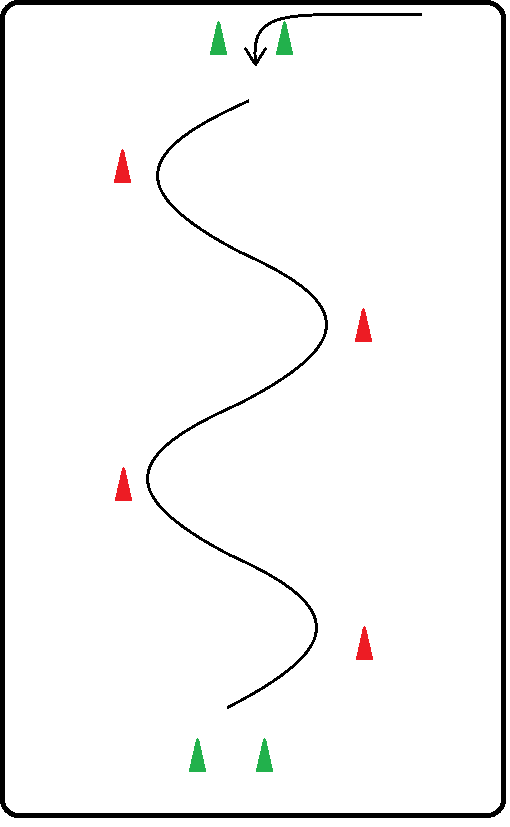 2) A large sharp zigzag from cone to cone, staying outside the cones. 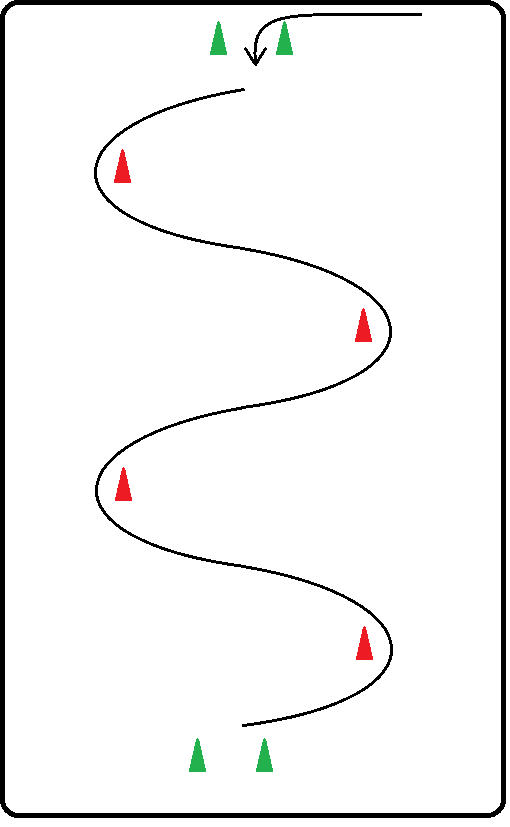 3) A large circle around the cone, from the center line. 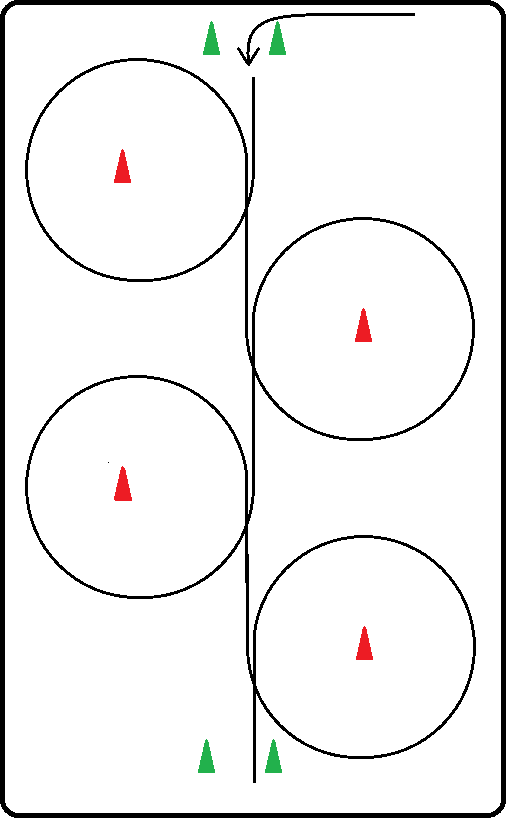 4) A small circle around the cone, from a zigzag. Same as above but the smaller the circle the more the center line turns into a zigzag. 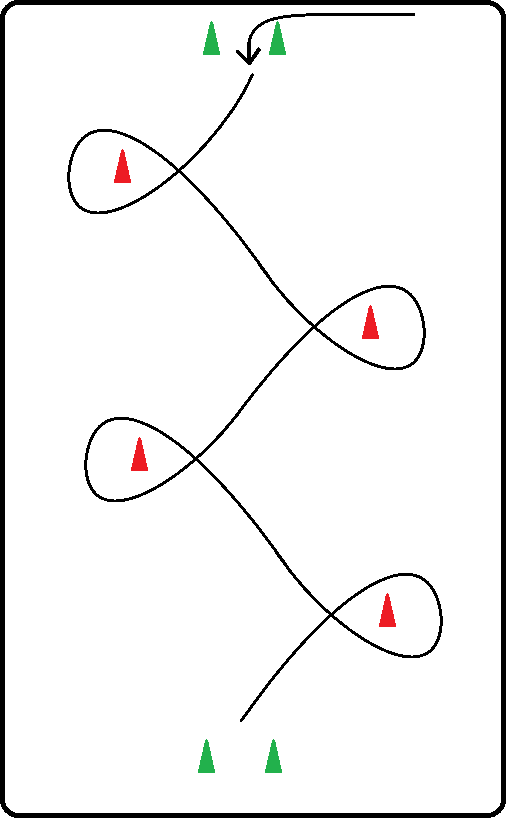 5) 1.5M circles around the cone, from the outside/wall.

For more lessons for therapeutic riding — complete with lesson plans — visit their website.