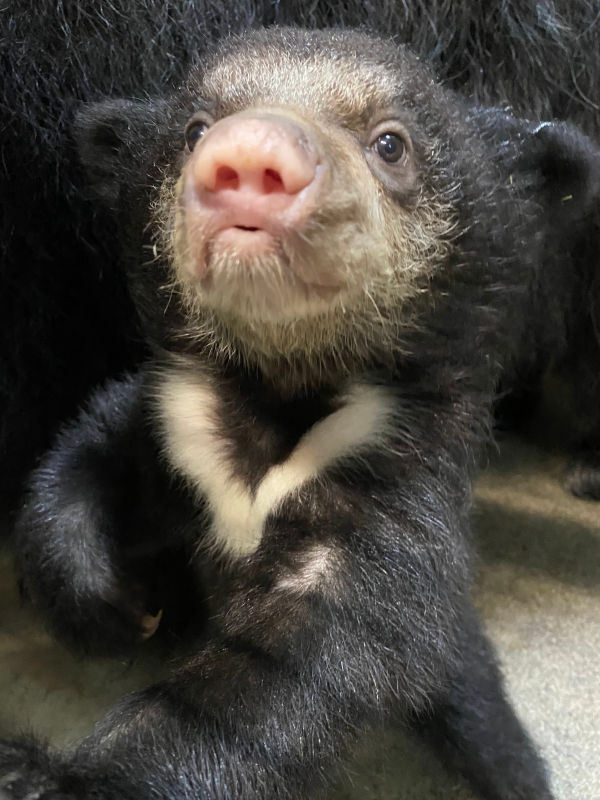 Idaho Falls, ID – Visitors to the Idaho Falls Zoo are in store for a very special treat this season. An adorable male sloth bear cub was born the week before Thanksgiving 2021, completely hairless and weighed about as much as a can of soda.  When full-grown, he will weigh over 300 pounds!

Since his birth, the cub has been under the constant care of the zoo’s “super mama bear,” Priya, as well as staying under the watchful, ever-diligent eyes of the Idaho Falls Zoo animal care and veterinary staff to ensure he remained in good health. 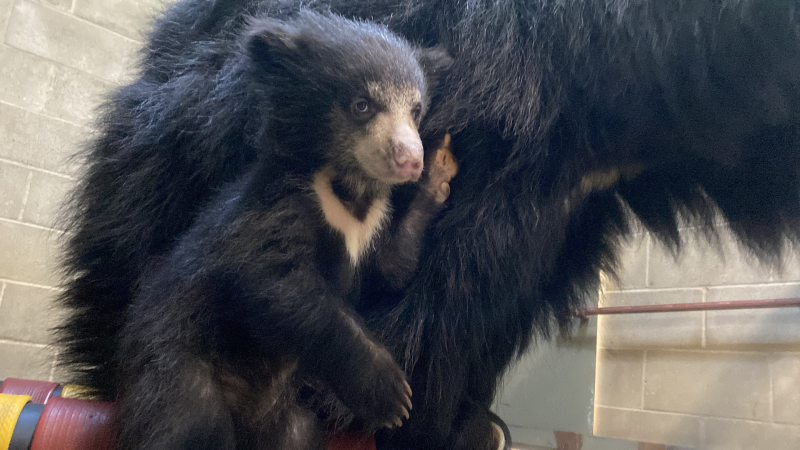 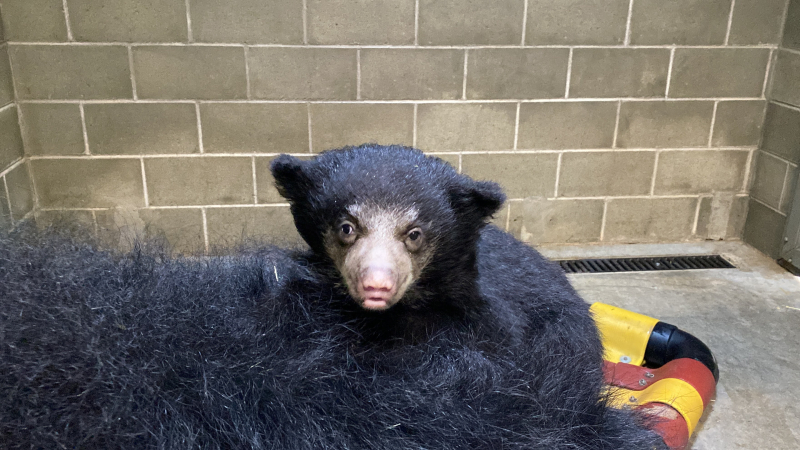 This is the sixth cub born to parents Priya and Mick. In honor of dad, Mick, the cub has been named “Jagger” and this little fella has some adorable moves!

The bears will alternate time on exhibit when the Idaho Falls Zoo opens in April. This is normally because male bears have been known to show aggression towards cubs. In this case, however, it’s because Priya is a very protective mother and has shown aggression towards anyone who approached her cub(s).

On an interesting note, you’ll likely see the cub riding on his mother’s back, as sloth bears are the only bear known to carry their young on their backs.

Because the Idaho Falls Zoo is proudly accredited by the Association of Zoos and Aquariums (AZA), the management of the sloth bears is advised by a national Sloth Bear Species Survival Plan developed and reviewed annually by a team of experts from across the country. This program helps monitor sloth bears at AZA accredited zoos to ensure their wellbeing, genetic health and survival. The birth of this new cub is a step forward for the long-term health of the sloth bear species.  Sloth bears are listed as “Vulnerable” on the International Union for Conservation of Nature Red List of Threatened Species.  Human population growth causing higher demands for natural resources is the biggest threat to the wild sloth bear populations.  Sloth bears live predominately in India.

Little Jagger has some adorable moves you won’t want to miss! Stay up to date with his growth and progress by following your Idaho Falls Zoo on Facebook and Instagram. There, the zoo will feature a weekly update known as “Sloth Bear Sunday.”