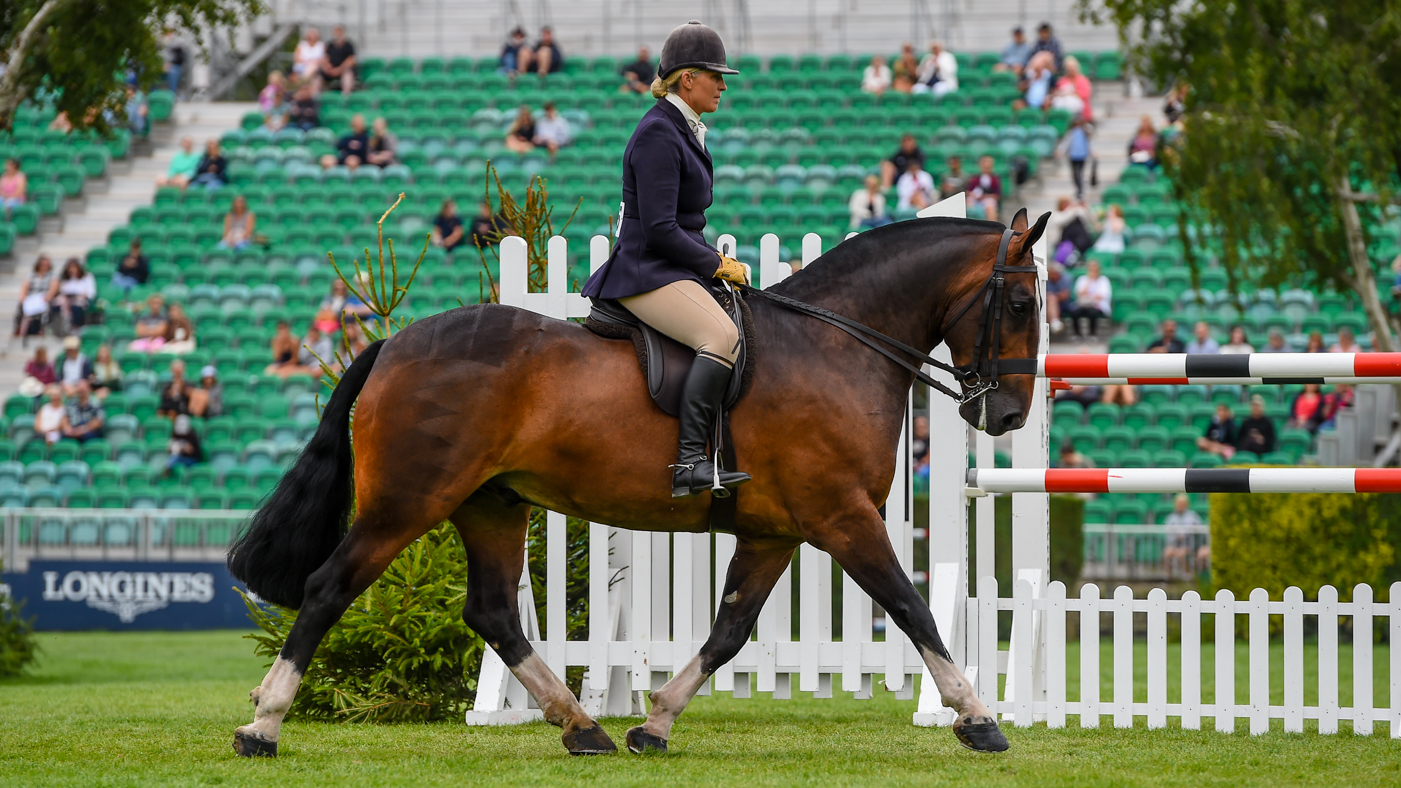 Cobs kicked off showing on the final day of the Longines International Arena at the 2022 Royal International Horse Show (RIHS), as four contenders battled it out for The Surrey Envelopes RIHS supreme cob championship accolade. Judges David Ingle and David Bartram-Lawson were presented with a quality championship, which included two amateur riders.

The supreme was awarded to Justine, judge of the working hunter pony classes earlier in the week, and the lovely heavyweight Horton’s Magnifico, an eight-year-old owned by Lauren Cunningham. The gelding was third at the RIHS and won three HOYS qualifiers last season, despite it being his first open season.

This year he stepped up to give both Lauren and Justine their first ever RIHS overall title.

“We took him out with the bloodhounds over winter and it really helped him get more forward,” Justine told H&H earlier in the season when he qualified for the RIHS. “I’ve been reserve at the RIHS many times, but I’ve never had an overall championship.”

Reserve for the RIHS supreme cob championship went to home-producer Nicola McConville riding the prolific lightweight Randalstown Rolex, a 13-year-old who won the amateur cob supreme in 2019 with Nicola.

The last time a heavyweight won the RIHS supreme cob title was in 2018, when Randalstown Musketeer and Vicky Hesford achieved glory.

The Friday Show Presented By Woodbine: What Makes Up The Thoroughbred Makeover? – Horse Racing News