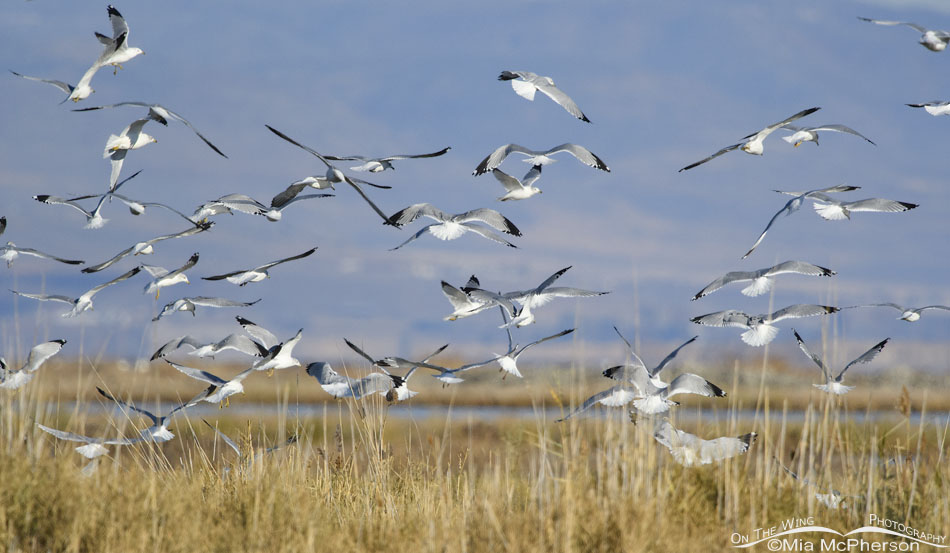 When I was at Bear River Migratory Bird Refuge two days ago I witnessed several Ring-billed Gull feeding frenzies out on the marshes of the refuge.

I am a gull lover. I like their appearance, their calls, and I love watching them. Large flocks of gulls entice me into looking closer for odd gulls that might be out of range. When there is a gull feeding frenzy I have to stop and try to take photos.

A single still image can’t capture the noise or the raucous excitement of a gull feeding frenzy so I decided to take a few cell phone videos of the gulls on the west side of the auto tour loop with my cell phone. I know that even a video doesn’t compare to actually being there but it comes close. Maybe I shouldn’t have talked in the video I selected to share here today but the gulls were loud enough that they can still be heard. 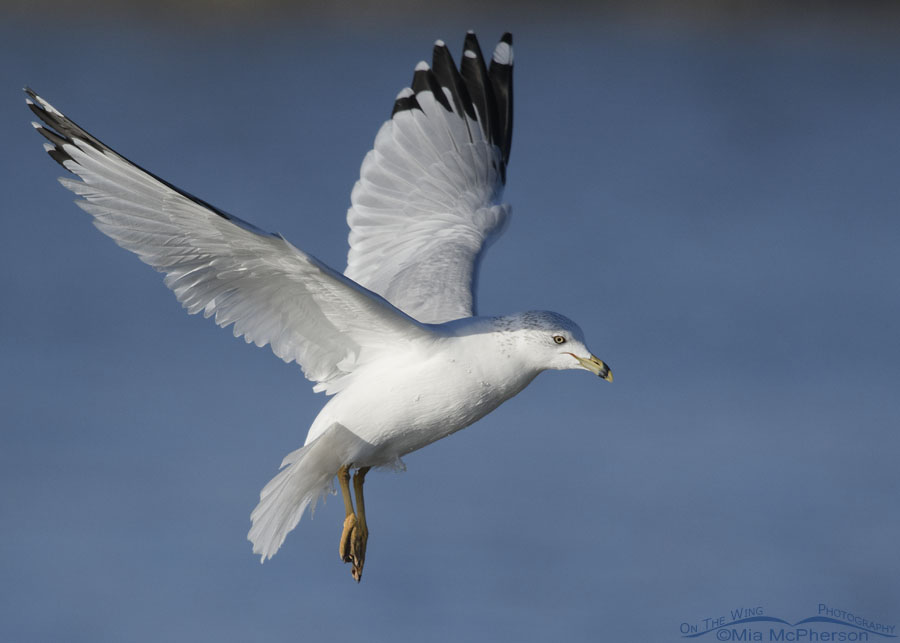 Of the photos I took with my bird gear I only found one of the photos that met my standards, just barely. I don’t care for the shadow on this Ring-billed Gull’s head but it doesn’t bother me much. It is challenging to lock onto a single gull during a feeding frenzy because there are so many gulls and their flight is chaotically erratic.

In another area of the refuge I found a Ring-billed Gull feeding frenzy that was far enough away from my Jeep where I could focus on many gulls at the same time. The problem there was that most of the gulls were facing away from me.

I get excited by these gull feeding frenzies so I was delighted to find them at the refuge two days ago.

Click here to see more of my Ring-billed Gull photos plus facts and information about this species.