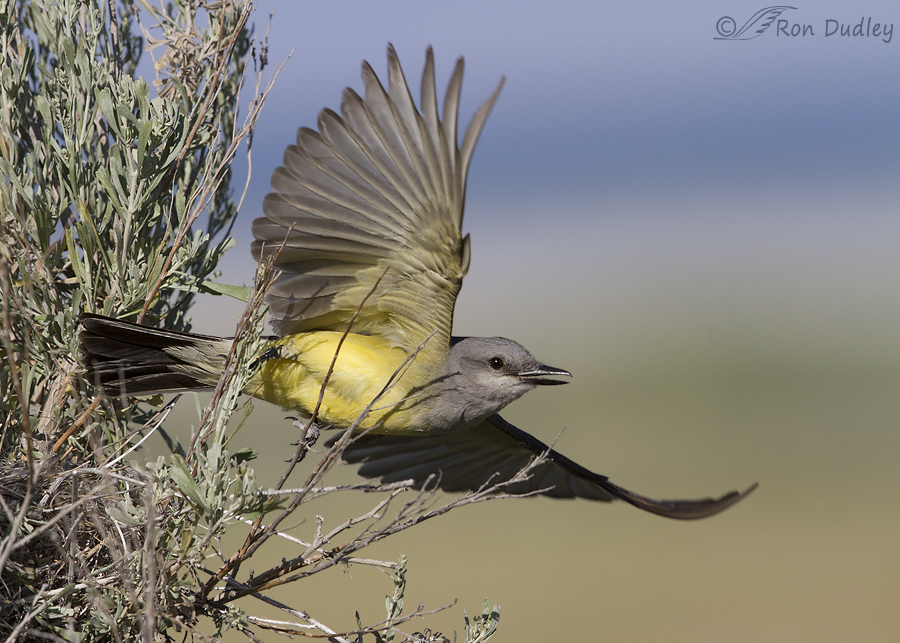 This is a female Western Kingbird leaving her nest bush after delivering nesting material to her nest on Antelope Island in June of 2014. In this species the sexes are alike but I know this is the female because males don’t take part in nest construction. Her mate was standing guard nearby, which is the typical role of the male.

This may be my personal favorite Western Kingbird photo, for a long list of reasons including its technical quality, entirely natural setting and degree of difficulty. The layered background with the blues of the Great Salt Lake, tan mud flats and early summer greenery add a very special touch, at least for me.

I posted this photo back in 2014 but I’m posting it again because it’s been so long, because I like it so much and because it was already processed. The setup of my new computer has had some serious and ongoing hiccups and all the peripheral disruption makes accessing my photo files cumbersome to say the least.

Don’t be surprised if I post a few more older photos before I have all the kinks worked out.