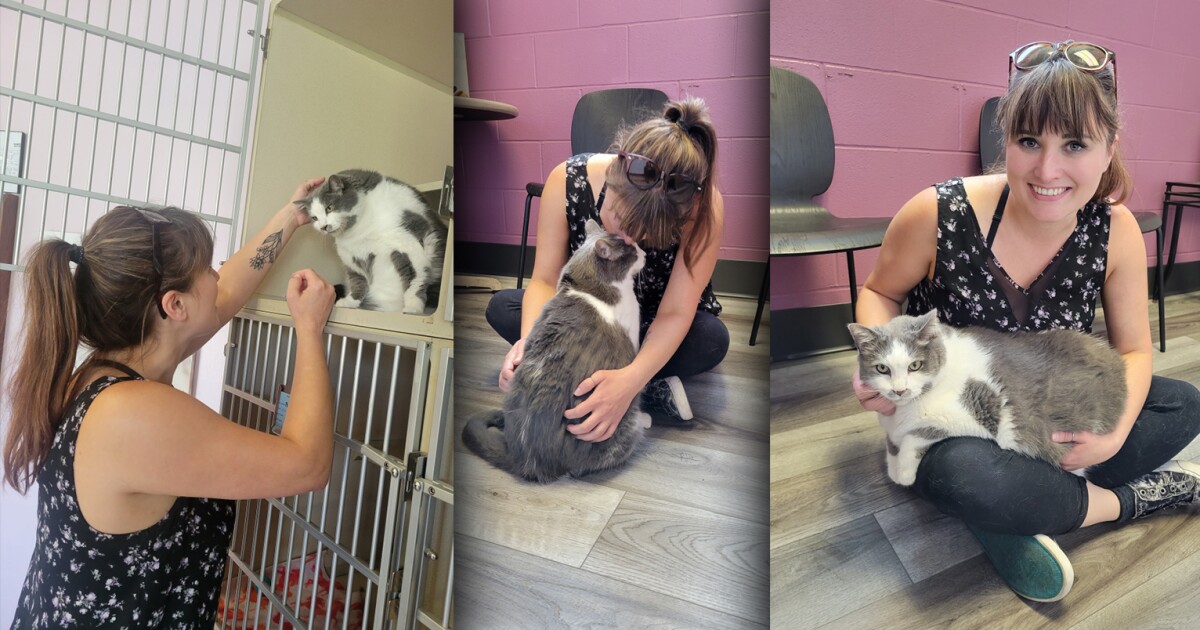 MANSFIELD, Ohio — It’s a reunion four years in the making.

A woman named Britni saw a familiar feline’s face on the Humane Society of Richland County’s Facebook Page on Monday and knew it was her cat who had been missing for years.

The shelter said Britni called in after seeing the post, and at first they thought it was wishful thinking. It’s not the first time someone had contacted them after seeing an animal they thought they lost, but in this case it turned out to be true.

The shelter asked Britni to send in photos of her cat, who she had named Tike, and they were “shocked” to see it was the same cat they were calling Bagel.

Britni and Tike were reunited Wednesday.

“Watching the expression on a person’s face when they are reunited with their long lost pet is an absolutely indescribable feeling. Absolute pure joy,” the shelter said in a Facebook post. “Happy tears AND happy dance for this long overdue reunion.”

Download the News 5 Cleveland app now for more stories from us, plus alerts on major news, the latest weather forecast, traffic information and much more. Download now on your Apple device here, and your Android device here.