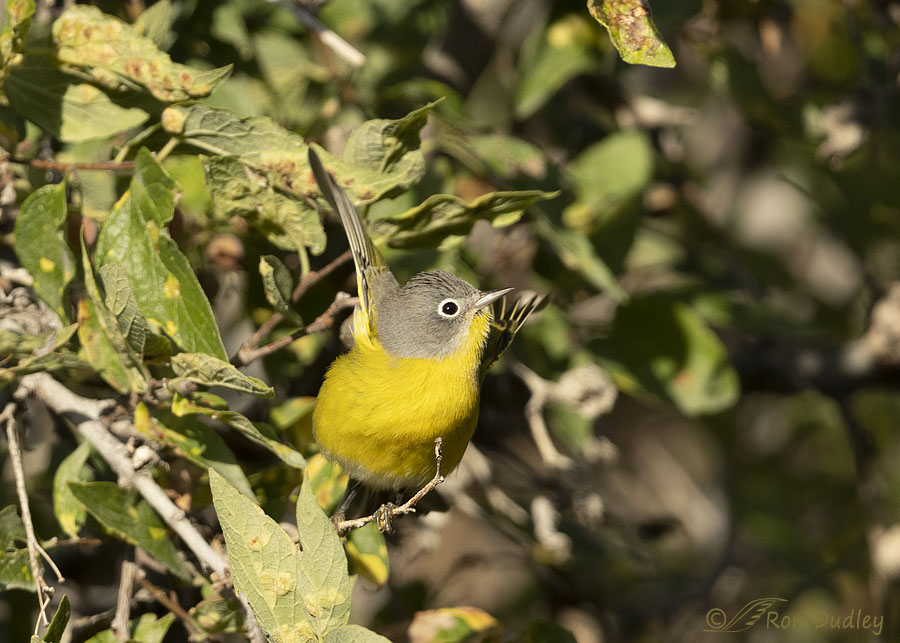 I’m finally beginning to see some pretty good numbers of migrating warblers moving through and yesterday morning this male Nashville Warbler was one of them.

He didn’t give me much of his time, and he gave me even less pose variety, but I was happy to get him in my viewfinder at all. This is a species I seldom see, seldom enough that in twelve years of blogging I’ve only posted one other photo of a Nashville Warbler.

I even caught him at the moment of takeoff. I also got a flight shot of him that I’d have loved if it hadn’t been too soft.

Notes on my post two days ago about amaranth and goldfinches: